The whole of Kathmandu Valley is declared a World Heritage Site because of seven structures cited by the United Nations Educational, Scientific, and Cultural Organization (UNESCO) as demonstrating historic and artistic achievements. The World Heritage Zones of Hanuman Dhoka (Kathmandu) Durbar Square, Patan Durbar Square, and Bhaktapur Durbar Square were the respective courts of kings ruling the Kathmandu valley at a time before the country was unified in the late 1760s.

Many of the structures within these zones were damaged in the earthquakes of 2015 and repairs and reconstruction is underway. An entry fee is required to enter these enchanting areas with ancient temples and architecture.

Three other World Heritage Sites in Kathmandu are the sacred temple of Pashupatinath honoring Shiva, near the airport, and the fabled stupa (Buddhist shrines) of Swayambhunath and Baudhanath, which are centuries-old landmarks and also require entrance fees.

Pashupatinath is Nepal’s foremost Shiva temple and receives pilgrims from all over the world and is home to a number of ascetics who have renounced secular life. Pashupati is one of 1,008 names of Shiva and invoked as Nepal’s divine benefactor as well as a guardian of all animals. The compound is built along the banks of the Bagmati River where there are cremation platforms.
Only Hindus are allowed within the main temple, considered to have been the site of an ancient, pre-Hindu shrine. Pashupatinath receives large crowds during festival times as well as certain days of the month according to the lunar cycle.

Swayambhunath is especially revered by Newar Buddhists (Newar are one of Nepal’s indigenous ethnicities prominent in Kathmandu Valley) and the site dates back to the 5th century C.E.. It is also nicknamed The Monkey Temple (because of the abundance of monkeys that inhabit the jungle around the temple). The temple is perched atop a hillock that rises above Kathmandu’s bustling streets and provides a breathtaking panorama of the valley.

Baudhanath is on the northeast edge of the Kathmandu in a section of the city largely populated by people of Tibetan descent. The stupa is especially revered by Vajrayana Buddhists and receives visitors from around the world. The monument dates to the early 7th century C.E. and is roughly 121 ft (37 m) high. Every day, thousands of devotees circumambulate (called kora in Tibetan) the stupa in a clockwise fashion, a deed that is said to earn merit and reduce suffering. The area is especially active on evenings when the moon is full. More than a dozen extravagant Tibetan monasteries thrive in the surrounding area representing four main Tibetan Buddhist lineages of Gelug, Nyingma, Sakya, Kagyu.

Changu Narayan Temple: The final, seventh World Heritage Site in the northeast fringes of the valley is Changu Narayan Temple. It is one of the valley’s oldest existing temples and believed to have been constructed in the third or fourth century C.E. The pagoda is dedicated to Vishnu, whose ten incarnations are molded in its struts and the temple has other elaborate woodcarvings, stone sculptures and metalwork. (Additionally, UNESCO has tentatively listed the Durbar Square of Panauti as a World Heritage Site. Panauti is a charming Newar town 30 km/18.6 mi southeast of Kathmandu).

Kathmandu has a of myriad temples and attractions that awe and inspire visitors and residents of this ancient city. With Nepal’s only international airport, nearly all tourists, at some point, pass through Kathmandu (4383 feet, 1336 m). As the capital city and seat of parliament, Nepal’s largest metropolis is teeming with people and attracts Nepalis from all over the country looking for work and educational opportunities.

Kathmandu takes its name from a centuries-old structure Kastamandap that was located in Kathmandu Durbar Square. The name humbly translates to wooden pavilion and the structure formerly sat majestically in a busy square, surrounded by pedestrians and vehicle traffic, vegetable vendors as well as other regal temples. It fell during the earthquake of 2015 and is under re-construction.

Over 2.5 million residents now call the Kathmandu Valley home. It is a home with an annual growth rate of over four percent. With a high density of people and lack of adequate measures to control pollution, the joint aggregate of human and industrial activity often blankets the valley in a cloud of smog that spoils views of the snowy Himalaya to the north and northeast. On windy days, or just after a rainstorm clears out, the urban sprawl reveals the valley’s heavenly setting when a broad panorama of the distant Himalaya standing guardian can be seen. Cooking on wood and coal by some people in the valley adds to the haze. At the ground level, a cacophony of horns arises from buses, cars and motorbikes plying the streets and narrow passageways, many of which are crowded with street vendors, too.

The majority of tourists visiting Kathamandu stay in or near an area named Thamel, a suitable place for arranging travel logistics, picking up gear, relaxing and enjoying a wide-offering of food and drinks as well as a lively nightlife.

Additional areas to stay in that are popular with tourists include Paknajol to the northwest of Thamel, the Chetrapati to the southwest of Thamel. An area referred to as Freak Street in Basantapur near Durbar Square (Kathmandu) has been popular with the more laid back crowd for decades. Additionally, the area around Baudhanath Stupa has many lodges. All of these locations have a wide range of accommodation, restaurants, travel agencies, and other shops that cater to tourists. Several upper-end hotels are found along Durbar Marg, the road leading to the front gate of the former palace as well as in the Lazimpat area of town and in the nearby city of Patan (also known as Lalitpur).

Kathmandu is a fascinating city that leaves a lot for tourists to explore and discover around nearly every corner.”

PATAN (aka, Lalitpur,‘city of fine art and beauty’) is in the southern part of the valley across the sacred (although polluted) Bagmati River. It is an upscale haven for NGOs. In addition to the aforementioned World Heritage Zone of Patan Durbar Square, the Patan Museum is highly recommended to all visitors to this city. Patan’s narrows streets leave much to be discovered.

Banglamukki Temple, Get away from the tourist crowd by visiting the enchanting Banglamukki Temple in the heart of Lalitpur, especially active on Thursdays when the deity is believed to grant blessings to those seeking love and a suitable partner.

Patan’s Sankhamulghat, along the banks of the Bagmati River is Kathmandu Valley’s main attraction for Magh Sankranti.

Rato Machhindranath is considered a God of Rain and Crops and has ties to Tantric Buddhism. The idol is ritually bathed and put on a chariot and pulled by manpower throughout the city of Patan. The chariot is three stories high and extremely heavy, requiring up to a hundred or more people to move it. Music with drums and cymbals accompany the chariot which stops overnight at four symbolic locations.

BHAKTAPUR ‘city of devotees’ is in the eastern fringe of the valley, about 15 km/9 mi from central Kathmandu. In addition to the aforementioned World Heritage Zone of Bhaktapur Durbar Square, the whole town maintains a timeless mystique that is reminiscent of Old World civilization and provides a serene escape from the madding crowds of Kathmandu. 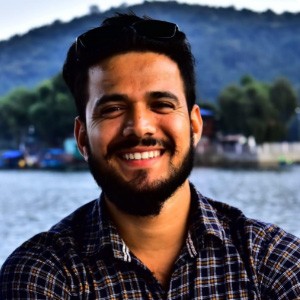